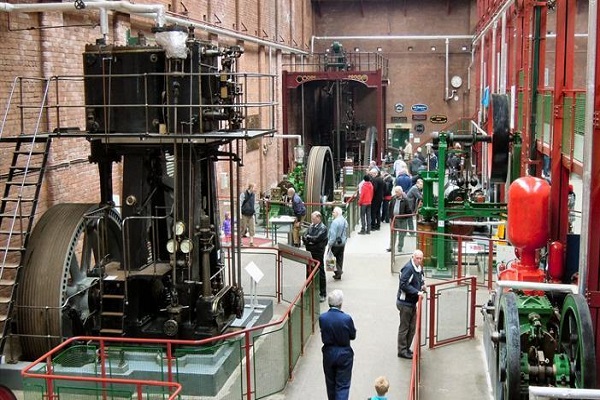 The Bolton Steam Museum is a world-class visitor attraction displaying the largest collection of working mill engines in Europe.

Entirely volunteer run the museum has been developed over 20 years and showcases many of the manufacturers that powered the North.
120 years ago, Lancashire produced more than half the world's supply of cotton textiles. Hundreds of mills were busy spinning and weaving and bleach works and dye works were thriving.

Steam engines drove all the machinery in the mills and there were probably as many as 10,000 engines at work, mostly built by local engineering companies. But over the next 80 years the industry declined as production moved overseas and by the late 1960s only about a few hundred mills still survived, with more mill closures being announced every week.

The NMES was formed in 1966 by a small but extremely dedicated band of enthusiasts who decided that something had to be done to preserve the steam engines from the textile industries of Lancashire and Yorkshire before they were all scrapped.

Most established museums at that time did not have significant collections of this type of machinery and the work of volunteer organizations, such as the Northern Mill Engine Society, was important in ensuring that a reasonably representative sample of engines has been preserved.

~Things to do in Bolton, Explore Bolton~