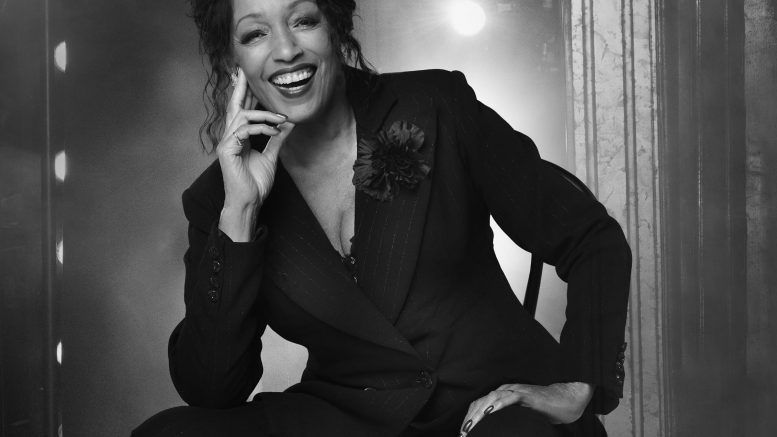 SHEILA Ferguson is a force of nature. Chatting to her on the phone as she prepares to bring Chicago The Musical to Manchester Opera House next week a throaty chuckle is never too far away from the conversation.

She’s forthright, confident and not a little mischievous and has clearly been having a blast playing Mama Morton in the hit musical.

“It’s a very sexy show,” she says, “there’s some eye candy in their for everyone. But it also has that real Hollywood feel to it which the audiences have been loving. We’ve been getting standing ovations every night.”

It’s a part that suits Sheila down to the ground.

“Although it’s not a big part she’s integral to the show,” said Sheila. “She runs that prison and they know not to mess with Mama. She gives a lot of love because she really cares for those girls in there.

“Everybody said I was born to play this role. It’s quite interesting that I’ve never been offered it until now and it does feel very natural.

“I suppose I am that mother figure to the cast,” she added. “They get advice from me whether they come to me or not! But they are very receptive to the fact that I have been in the industry for a long time and that I have a lot of experience.”

Mama Morton has attracted some well known names over the years to the part ranging from Queen Latifah to West End royalty Ruthie Henshall.

“I think everyone has put their own stamp on that role,” she said. “I’d say I’ve brought the sass and a little sexiness. But also because I’m African American there’s that authenticity that you get from the way I say the lines.”

Next week’s shows in Manchester will be Sheila’s last performances in the production which has been touring the UK.

“I haven’t seen my mother since pre pandemic 2019 and I really need to get to Philadelphia to get to see her,” she said. “She’ll be 98 this year and you can’t keep putting things off. I need to go now. If something happened I’d never forgive myself.

“It will be bitter sweet to leave the show and I suspect there will be a few tears on the last night because we have all bonded so well. But I will have a few family and friends in the audience to help me and I also expect that the Manchester theatregoers will help me through too. You get such great audiences in that city.”

For many people Sheila will always be associated with the group The Three Degrees of which she was lead singer and with hits such as When Will I See You Again saw them regularly performing on Top of the Pops in the Seventies.

After going solo she has developed a successful stage career appearing in Oh What A Night and Thoroughly Modern Millie.

More recently she was one of the celebrities who took part in the reality show The Real Marigold Hotel which saw some well known personalities taken to India to experience life there.

For Sheila it proved to be a life-changing experience.

The cast of Chicago The Musical (Picture: Tristram Kenton)

“If it hadn’t been for Marigold I might still be sitting in a big house in Majorca paying more for the palm trees to be sprayed than I was earning,” she confides. “It made me come to my senses and downsize and realise that I needed to be in England where it’s one flight from one daughter and a car drive from my other twin daughter. It put things into proper perspective.

“You can’t have a big mansion, a big palatial place alone. It wasn’t working.”

Having made a life changing decision to return to England Covid struck and Sheila admits that she was virtually alone for two years.

“The pandemic changed my life,” she said. “I lost two years as I’d just moved back from Majorca so that I could start dating and then Covid hit. I was totally alone.

“God bless my wonderful neighbours who really kept me alive.

“But that period also gave me time to put a lot of things in perspective. You begin to realise you are not immortal, the end is closer than the beginning and you need to get your affairs in order. Marigold helped me to realise that too.

“Apart from my stay in Majorca, I’ve lived in England since 83 and I feel more akin to England than to America in many ways,” she said.

As well as heading off to see her mum, Sheila has another major project she’s determined to complete.

“I have to finish writing my autobiography,” she said. “It keeps going on hold because of projects like Chicago but I can’t keep putting it off. Some of it is already down on paper and I have a lot of things in my head but I need to focus on it.

“You see these people are 22 with an autobiography that’s a best seller and you wonder ‘what have they done?’. Some publishers want coffee table gloss but I’m giving them my life whether they want it or not.”

It promises to be a fascinating read as a life in music has seen Sheila work with legends.

“If you name a name, chances are I’ll either know them or have worked with them” she laughed. “Bob Hope? Yes. Frank Sinatra? Yes. Elvis? Yes. I really do need to get writing don’t I?”

Chicago, Manchester Opera House, Monday, May 23 to Saturday, May 28. Details from www.atgtickets.com

SHEILA Ferguson is a force of nature. Chatting to her on the phone as she prepares to bring Chicago The Musical to Manchester Opera House next week a throaty chuckle is never too far away from the conversation. The Bolton News | Theatre …

From Frozen, Harry Potter, Jersy Boys, Matilda and so much more get deals on West End shows. The Bolton News | Theatre …

AN ACTRESS turned writer from Bolton has written a short film based on her experiences growing up and how society views girls. The Bolton News | Theatre …